In an earlier post, we took a high level look at the main parts of a Flight Operations Quality Assurance (FOQA) or Flight Data Monitoring (FDM) program.

In this post, we'll take a more in depth look at Step 1: Downloading the flight data from the aircraft. We will look at flight recorder options but before we do, it is important to understand the role of the Flight Data Acquisition Unit or FDAU (pronounced fe-doo).

If you are just getting started in Flight Data Monitoring, you have probably already learned that there are a vast number of different types of flight recorders available. But you might be surprised to learn that it's not the Flight Recorder that determines what data is stored and how, but rather the FDAU.

The flight recorder is really just a listening device, not unlike a USB memory stick, that simply records the data that is sent to it. The video below may help make this concept more clear. The data that the FDAU sends will vary from aircraft to aircraft, but it will include parameters important for monitoring the operation of the aircraft such as Airspeed, Altitude, Pitch, Roll, etc. If you are interested, the full list of mandatory parameters can be found in FAR 121.344. This used to be referred to as the “88 Parameter Rule”, but the list has since grown to 91.

The reality, however, is that most FDAUs capture and send many more parameters than the minimum mandated by regulations, making this data stream more than suitable for a typical Flight Data Monitoring or FOQA program.

When it comes to deciding how to collect and use this data, operators have two main options: Flight Data Recorders (FDR) or Quick Access Recorders (QAR). There are some other less common options that I will also mention, but these are the most common.

Many operators may be surprised to learn that a modern Flight Data Recorder is a perfectly acceptable method for collecting and downloading flight data for a Flight Data Monitoring program.

Almost all Flight Data Recorders today are solid state, meaning that the information is stored in non-volatile memory similar to a modern solid state computer hard drive (SSD). In the past, flight data was stored on tape, wire or even foil. While those older recorders may be found in service in some developing nations, they are quite rare today and not well suited for a modern Flight Data Monitoring program – but they can and have been used in the past.

A modern Flight Data Recorder will capture all of the data the FDAU sends it on an easy to access medium. Data can be recovered from the FDR quickly and easily through the use of one of many commercially available “Download Units”. These units plug into the Flight Data Recorder and allow for the transfer of data to the unit’s memory. Once the download is complete, the file can be transferred to a PC, Mac, Laptop, etc.

This may raise the question that if a modern Flight Data Recorder is perfectly acceptable for a Flight Data Monitoring or FOQA program, and one is already installed on my aircraft, why would I want or need a Quick Access Recorder?

There are a couple of disadvantages to using the Flight Data Recorder as part of your FDM or FOQA program:

Which brings us to the Quick Access Recorder or QAR.

A QAR is, very basically, a flight data recorder that is not crashed protected. Most (if not all) modern QARs sold today are solid state, similar to the solid state Flight Data Recorders. There are still some “Optical” QARs (OQAR) in service that use optical discs as storage medium but they are becoming phased out in favor of more reliable (and cheaper) solid state QARs.

QARs have some significant advantages over Flight Data Recorders. The first is their size. Because a QAR is not crash survivable, it is considerably smaller and lighter – and even that is a bit of an understatement. While a Flight Data Recorder can weight 10-15 lbs, solid state QARs are measured in ounces. 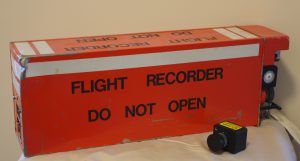 Also, QARs really are quick access. Depending on the recorder model, aircraft and installation process, QARs can be installed in locations that are easily accessible for download, such as right on the flight deck. Some QARs even offer a wireless transfer option, eliminating the need to go to the aircraft to perform the download entirely.

So what’s the catch? QARs are great devices and the only real catch is the additional initial cost to equip them on your aircraft. Unless your aircraft came from the factory with a QAR installed, you are going to have to acquire and install QARs on all of your aircraft. The good news is that QARs are very inexpensive when compared to Flight Data Recorders; however, they will still add costs to your Flight Data Monitoring / FOQA program. In our opinion, it is definitely worth the expense, though.

While the QAR and FDR are the most common options, there are some other options to be aware of:

QAR w/DAU: Some QARs are equipped with their own data acquisition units. These were more common 20+ years ago when the aircraft FDAU data stream was less “data rich” than it is today. They are fairly uncommon and somewhat unnecessary today but there may still be used models in circulation.

Garmin G1000 (and similar): General aviation and smaller commercial operators can utilize data recorded on a memory card from a Garmin G1000 (and similar avionics that support removable memory) to run a very effective Flight Data Monitoring / FOQA program. Scaled Analytics has currently analyzes G1000 data for a number of operators. It is particularly data rich and very well suited for the purposes of Flight Data Monitoring and Flight Data Analysis.

Streaming: While it is still not wide spread, real-time data streaming is slowly gaining traction and can be used for FOQA or Flight Data Monitoring. Because of its cost, though, it is still very rare to hear of a program outside of flight testing that utilizes real time telemetry data. Also keep in mind that, for the purposes of Flight Data Monitoring and FOQA, real-time data streaming is not of much use as we are more interested in trending information. It is quite helpful for other purposes, though.

Now that you know the pros and cons of each, which recorder should you use for your program?

This will depend on your operation, budget and options for your aircraft. In general, though, our recommendation is that if you are serious about Flight Data Monitoring / FOQA and you have the budget, the QAR is a very good investment.

But if you are a smaller operator that does not fly that often, using the Flight Data Recorder is a very valid option that many operators have used and continue to use. If your maintenance organization already has download equipment (for maintenance purposes, for example), then you may not have any additional costs at all.

There are certainly many factors to consider, but if you need help making sense of these options, please feel free to contact us and we will be happy to help you decide what makes the most sense for you.

Many operators may be surprised to learn that a modern Flight Data Recorder is a perfectly acceptable method for collecting and downloading flight data for a Flight Data Monitoring program.

Flight Data Monitoring Service vs Software. Which is best for me?